Because of Romeo and Juliet's popularity, this play has been appropriated many times. These appropriations are very universal and can be enjoyed by people of any culture. 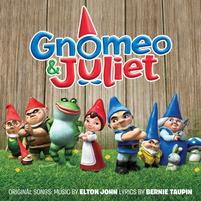 Due to the Romeo and Juliet’s popularity, the play has been appropriated many times. One timeless appropriation of this is Baz Luhrmann’s ‘Romeo + Juliet’ (1996). This is a very famous interpretation, which has shown all the play’s theme in a new and exciting manner. There are many appropriations that are made for a variety of audiences, such as Gnomeo and Juliet made in 2011, an animated film directed to a younger audience and made for the entire family to enjoy. This is an adaptation of the play, Romeo and Juliet, made for younger audiences, it contains all the play’s theme but they are displayed differently, so they would be more appealing for children. This film has a different context to the original play, and also has the characters, setting and plot line made more suitable for their targeted audience, children. Another example is Romeo x Juliet, this is a Japanese anime television program, aimed at teenagers. This television show has a different context to the original play, and also has the character, setting and plot line made more suitable for their targeted audience. Instead of play, Romeo and Juliet was turned into a television program, this is because it is more suited for teenagers to watch a television program instead of a play. Gnomeo and Juliet and Romeo x Juliet, are great examples of how many different audiences and cultures are now adapting the beloved play, this just shows how much people love this classic. These are just two example of interpretations, some other examples include: West Side Story, an American musical produced by Robert Wise, made in 1961; Lion King II: Simba’s Pride, made in 1998 and produced by Jeannine Roussel; and Titanic, made in 1997 and produced by James Cameron. Shakespeare’s Romeo and Juliet have been referenced in many songs and films, such as Love Story by Taylor Swift, I’d Die For You by Bon Jovi, and many more, including films and performances. This just goes to show how much people love Romeo and Juliet, they have appropriated it many different times and also have referenced so many times in popular music and films.
Next
Powered by