Romeo and Juliet is still so popular because of its use of themes. These themes are very universal and relatable. 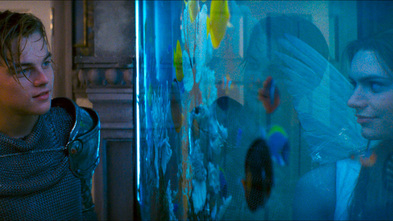 One of the countless reasons ‘Romeo and Juliet’ is still so popular, is because of the play’s use of relatable universal themes. One example of a relatable universal theme: is love and hate can drive people to do outrageous things. This universal idea is still relatable in the present day. Themes like this are why William Shakespeare’s play, ‘Romeo and Juliet’, is still so popular to this day. Love and hate is naturally the play’s dominant and most important theme as the play focuses on romantic love, specifically the intense chemistry that springs up at first sight between Romeo and Juliet and also on the hatred between the two families, the Montagues and the Capulets. In Romeo and Juliet, love is a violent, exciting, overpowering force that erases all other values, loyalties, and emotions. In the course of the play, the young lovers are driven to defy their entire social world: families, friends and rulers. In the last scene, both Romeo and Juliet die because they both believe the other is dead. They died for love, as they didn’t want to live in a world without each other. By doing this, the play has shown us the driving force that has made two people kill each other: love. Love is shown as dangerous and ultimately deadly. “What light from yonder window-breaks? it is the east and Juliet is he sun!”. This quote, in the form of soliloquy, has shown how overpowered with emotion Romeo is. He has just met Juliet and somehow she is already the centre of his world. William Shakespeare has shown how overcome with love, Romeo has been indulged in, he has lost all of his other feelings; to him Juliet is everything.  William Shakespeare has shown how love is such an overpowering emotion, it can completely take over a person. This can be said with hate as well. Hatred is shown as much as love is. While Romeo’s love for Juliet prevents him from initially entering into a fight with Tybalt, he later becomes enraged after the death of his friend, Mercutio.  Hatred and anger lead to the need for revenge. In Act 3, Scene 1, hatred is conveyed as such an overpowering force. Likewise, to how love was portrayed, hate was also portrayed the same. Love and Hate were two overpowering emotions that in the end took over the person completely. The path of hatred pre-set by the two feuding families guides the lovers to their own death. In the play, love emerges as an unethical thing, leading as much to destruction as to happiness. The themes of love and hate are very prominent throughout the whole play. The two themes correlate with each other and go really well together. Both Romeo and Juliet do outrageous things because of love and hate. This theme is shown in the appropriation, Romeo + Juliet (1996). In Romeo + Juliet, Baz Luhrmann through the use of many cinematic techniques portrayed the theme of love and hate can drive people to do outrageous things, different from the one used in the play. Baz Luhrmann portrayed this theme, as dark driving force that lead people do the most unspeakable things. This theme is shown, in the scene where Romeo kills Tybalt. This scene contained the use of camera angles, mise en scene, and dark lighting,  the use of these techniques added drama which the audience needed to understand what had just occurred. Baz Luhrmann has shown the audience how enraged Romeo was after the death of his best friend, Romeo then committed an outrageous crime of killing Tybalt. The fact that Romeo is literally driving to kill Tybalt, shows how Baz Luhrmann wanted to show the theme, he wanted to show it was a driving force, one that could not be stopped.  This scene clearly demonstrates to the audience of theme of love and hate can drive people to do outrageous things. Therefore, William Shakespeare successfully explained how two of the most felt human emotions, love and hate, can make people do outrageous things. 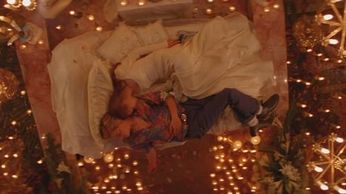 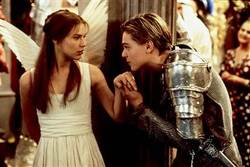 Another universal theme that has led to play’s popularity is: our choices shape our lives. This theme is undoubtedly, one of the most significant themes in the whole play as much of the story line is created from it. For example, before Romeo gatecrashed  the Capulet’s party, he stated  “I have a feeling this party will be the start of something bad.” Shakespeare used the technique of foreshadowing, to warn the viewers of future events to come, showing how Romeo’s decision to go to the party could change his life, which created suspense to the viewers. Later on in the play, his decision caught up with him and in the end, ended up dying because of the one decision. If Romeo hadn’t made that choice, he would never have met Juliet and never fallen in love with her. So, Romeo’s choice shaped his life. This theme is used a numerous amount of times throughout the play because William Shakespeare intentionally wanted to show his audience that making one choice, could shape your entire life. That’s why this play is still so popular today, people would see a theme like this and be able to relate it to their own life. This theme was also present in Baz Luhrmann's  version of the play. He portrayed this theme by the use of cinematic effects. In the scene where Romeo and Juliet first met, everything was intensified, showing the significance of their first meet. For example, the digetic music and the scenery was intensified. The interior and exterior of the house were also intensified with large red banners and bright white lights. Fireworks were also displayed. As everything was intensified in this scene it created the sense as if the story had only begun, meaning this scene was the start of something new. Baz Luhrmann showed the audience how a single meeting,could change somebody's life, this is exactly what happen to Romeo. The use of film techniques, helped the audience gain a sense of understanding how one moment in life can completely and utterly change your life. Thus, William Shakespeare has correctly shown the audience how choices shape our lives.
Next
Powered by